Trademark Access is a full service Trademark Law Firm. We specialize in Trademark Registrations on USPTO office actions. Once you contact us, we can have your trademark application complete and filed within 5 days. For federal trademark registration we are your best option if you are from Nebraska.

Our law firm has more than 30 years combined experience dealing with trademark law. We have represented hundreds of clients in thousands of matters. Including major lawsuits against major fortune 500 companies. One of the biggest mistakes businesses make is not protecting their intellectual properties and their Trademark. Don’t make that mistake we can be your Trademark Attorney in Nebraska. 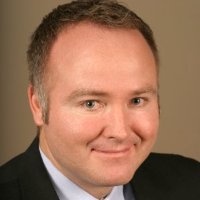 Our leading trademark attorney is a highly rated lawyer with over 18 years of experience. His area of expertise includes preparation and prosecution of trademark registration applications, as well as litigating opposition and cancellation proceedings before the Trademark Trial and Appeal Board. He has filed for and obtained hundreds of trademark registrations for clients. He has successfully argued cases against Fortune 500 companies and is admitted to practice before the United States Supreme Court. Considered one of Utah’s Legal Elite, he can represent clients in Nebraska on all proceedings before the US Patent and Trademark Office.

Our 4 Step Process to Getting a Federal Trademark Registration For businesses and citizens of Nebraska who live close to Lincoln, the University of Nebraska has a Patent and Trademark resource center. It is located in the Engineering Library on 16th Street. For people unable to travel that far we have a comprehensive learning center on our site. It has answers to all your FAQ, and some instructional videos for the most important steps for a trademark application.

Nebraska business and citizens don’t file a lot of trademarks every year. Last year only 1367 Federal Trademark registrations were filed from residents and business of Nebraska. What Nebraska didn’t have in numbers they made up for in success rate. Over 50% of recent trademark applications had been approved. Even though they aren’t based in Nebraska, Burger King and Doritos are two of the most searched trademarks by Nebraska citizens.

A couple of brands from Nebraska have achieved major success and become household names. Outdoor retail giant, Cabela’s was originally founded in Chappell, Nebraska in 1961 by Dick and Jim Cabela. However the Nebraska company that holds the most revenue title is, Berkshire Hathaway, an Omaha, Nebraska based mulit-national conglomerate holding company.

Why hesitate to protect your trademark? Start now by beginning with our convenient, online application. Get Registered