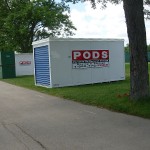 U-Haul has been in the moving business for a long time, but a recent judgment shows that it wasn’t the first to use the term “pods” to refer to moving containers. That distinction belongs to Florida-based PODS Enterprises, which began using the term in commerce in 1998 and received a trademark registration on the term in 2005. U-Haul’s subsequent use of the term is proving very costly, as a jury ordered the company to pay PODS $62 million in profits and damages for infringing the PODS.

Here is a quick recap of how this infringement battle came about. Most know U-Haul as a well-established brand. It began in 1945 and has grown into an American standard. U-Haul’s primary business model involves renting out moving trucks and trailers, allowing movers to transport their belongings themselves. On the other hand, PODS is a much more recent player in the moving industry. It began in 1998 and created a new model for moving. Its model involves the delivery of a large container that is left for an extended time, allowing the user to fill it at his or her convenience. PODS then comes and retrieves the moving container and delivers it to the new house. PODS coined the term “pods” for its moving containers. This new model has become increasingly popular since PODS introduced it.

As PODS’ moving containers gained in popularity, U-Haul looked to capitalize on the business model and began using the familiar term pods on its website to describe its similar U-Box container product. Because PODS had established its brand and had the foresight to obtain a trademark registration, it was much easier for a jury to find that U-Haul’s use of “pods” on its website constituted trademark infringement. U-Haul’s use diluted the uniqueness of PODS’ brand and also confused consumers between the two companies and services offered.

In defense, U-Haul argued that the term “pods” had become generic and was the actual name that people used to describe moving containers. While some people may refer to moving containers in this way, the jury found that PODS was still distinct and identified PODS Enterprises as the source of the actual services. This is certainly a tough lesson for U-Haul as it comes with a $62 million price tag. But U-Haul will probably think twice about what risks it takes when using a mark another claim as its trademark.